Lilly from Bathurst has been on her Gap Year in New Zealand since April. In this short time she’s managed to travel to some pretty amazing places.

What’s been the best part of your Gap Year so far?

I would have to say going bungee jumping in Taupo. Considering New Zealand is known as the adventure capital, I felt like I had to do it. Leading up to the actual jump was the scariest experience of my life. Still, I felt like it was well worth it after actually doing it. Plus, Taupo is such a beautiful place so just staying there was an experience within itself.

Aside from that, I recently went on a road trip with heaps of the gappies in New Zealand. We all headed up to Queenstown and went to the snow, which was so amazing. It’s been so helpful that all the gappies have been so warm and friendly. It makes for a better experience. 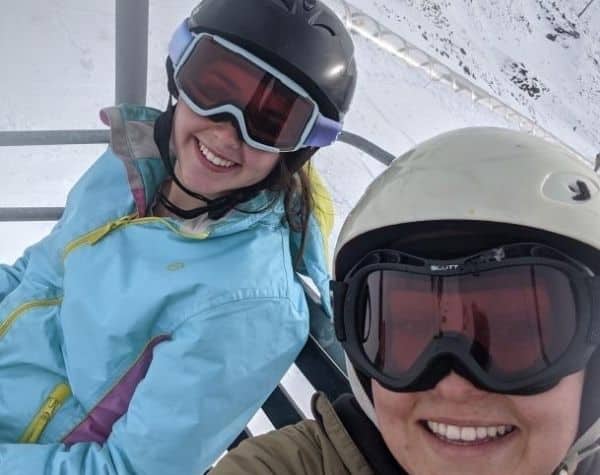 Can you share some secret New Zealand travel spots?

My favourite places that I’ve visited would be Te Mata Peak, a peak just to the south of Hastings with a fantastic lookout just at the Summit. Huka Falls; a set of waterfalls on the Waikato River with a pretty insane view. Waitomo Glowworm Caves; a beautiful tourist attraction with glow worms found exclusively in New Zealand. Beyond that, I enjoyed going to Queenstown and snowboarding at the Remarkables, a beautiful mountain range just outside Queenstown.

How did you choose what places to visit when travelling?

It hasn’t been too challenging to pick which sites to explore in New Zealand because everywhere is beautiful. Places like Taupo and Rotorua were pretty much a given because they were pretty close to where I’m staying in Havelock North. As for the South Island, everyone was pretty keen to go snowboarding, and there’s no better place to do that than Queenstown. Tell us about the friends you’ve made

New Zealanders are probably the most chilled out people in the world. It’s been so easy to make friends because everyone is so welcoming, which helps settle into a new country. In addition to that, the gappies are all amazing. Going travelling around on the holidays and during long weekends would for sure have to be a highlight. It’s also been so good having people close by because it makes travelling around more enjoyable. Archie and Jack (fellow Gappies) are just 10 minutes down the road, making going out on the weekends so much more fun. What are some of the biggest differences between Australia and New Zealand?

There are some clear differences between Australia and New Zealand, such as the obvious examples like their accent and the fact that they say jandals instead of thongs. As for the less obvious factors, their country is ranked as the second safest country globally. You could be just about anywhere, and you’d feel safe, which was a massive shock for me. They also celebrate their indigenous culture so well. New Zealand incorporates many Maori traditions in their country, which is pretty cool to see when travelling how their customs and values live on even centuries later.

What’s surprised you most about living in a new country?

I’ve loved how relaxed everyone is. There is nothing that stresses out a New Zealander, and if there is, they’re pretty good at hiding it. I’ve also loved how everything is located in relative proximity, making it so easy to travel around.

My day varies from day to day, depending on which department needs some assistance. I start my day generally in the sports office, helping out with loose ends. From time to time, I’ll assist students who need some extra help in lessons. Then every night, I’ll usually supervise boarding activities and watch girls during prep and also settle them into bed. I also help coach a netball team which I love during the weekends. I often go on small excursions with the girls, my favourite being an aquarium in Napier, where I got to see many NZ wildlife. Why did you choose to take a Gap Year?

I wanted to experience a new culture similar to mine yet not altogether unfamiliar. I always knew that I wanted to travel before I fully committed to Uni, which is why Letz Live has been so amazing because they put you in a position where you can meet loads of new people in a similar situation to you.

Gap Year Positions are available in New Zealand for January 2022. If you’re ready to take control of your Gap Year journey, get in touch with us to start planning the next steps.

What it’s Like to Work in a Summer Camp

From high ropes to watersports and everything inbetween, here’s everything you need to know about working in a Summer camp

Grace tells us all about the experiences taking a Gap Year in The UK. From the friends she made to some amazing travel adventures, and more. 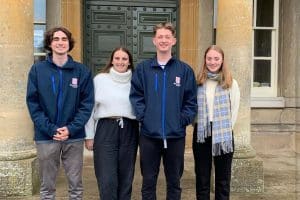 A great start to 2022 for Gap Year participants

Grace tells us all about the experiences taking a Gap Year in The UK. From the friends she made to some amazing travel adventures, and more.